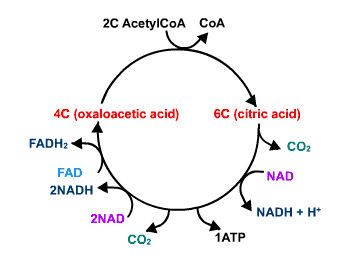 The Krebs cycle is the sequence of reactions by which most living cells generate energy during the process of aerobic respiration. It takes place in the mitochondria, using up oxygen and producing carbon dioxide and water as waste products, and ADP is converted to energy-rich ATP.

Ozone activates the Krebs cycle by enhancing oxidative carboxylation of pyruvate, stimulating the production of ATP.  Ozone works to reduce NADH and helps to oxidize cytochrome C. Steam sauna ozone therapy stimulates the production of enzymes which act as free radical scavengers and cell wall protectors: glutathione peroxidise, catalase, and superoxide dismutase.  The production of a vascodilator, prostacyline, is also induced. Ozone increases the red blood cell glycolysis rate which leads to the stimulation of 2,3diphosphoglycerate (2,3 DPG) and causes an increase in the amount of oxygen released to the tissues.